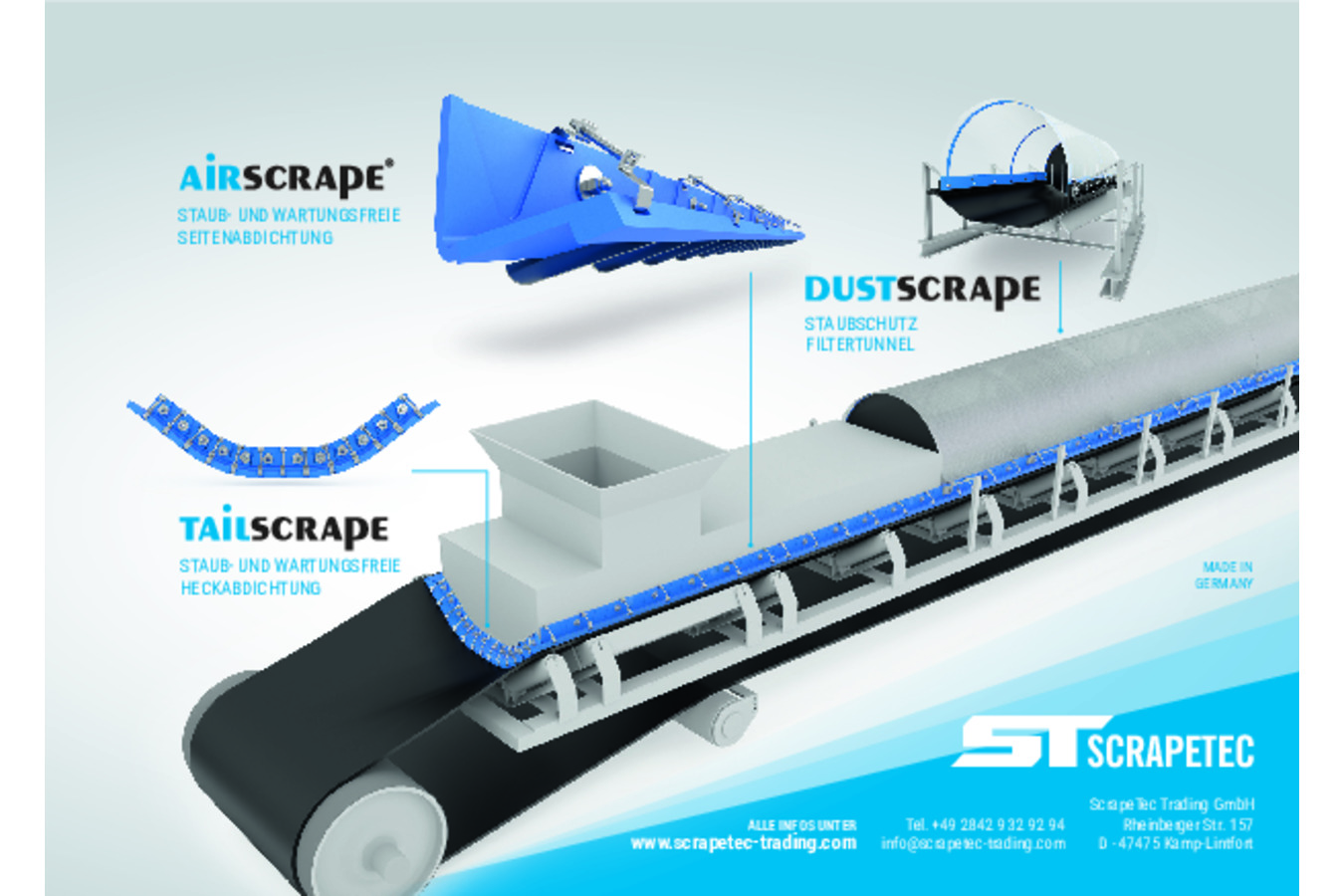 With the innovative AirScrape seal skirting, spills and dust at transfer points in conveyor systems and belt damage are a thing of the past.

In the minerals and mining industry, contamination of conveyor systems and dust generation during operation are a well-known problem. Conventional conveyor skirting at belt transfer points can help here, but even friction forces quickly wear them out; they lose their effect and also damage the belt of the conveyor during long-term use. This in turn increases the costs for maintenance or replacement. The AirScrape from ScrapeTec Trading Ltd. is quite different. It represents one of the rare innovations in this industrial sector, is virtually maintenance-free, increases the service life of conveyor belts and permanently saves cleaning efforts. Beyond the chute and conveyor belt, the AirScrape ensures more cleanliness.

AirScrape. The operating principle is in the name

If you see the AirScrape side seal in use, you can quickly see the minimum distance between the individually adjustable sealing lip and the belt. Critical observers immediately suspect a permeability for material and dust. But this is exactly where the AirScrape`s operating principle and thus its uniqueness lies. An intelligent lamella structure on the underside of the 2 m long sealing unit ensures that, thanks to the Venturi concept, a vacuum is created in the conveyor area on the belt. Nothing can escape through the millimeter-thick gap because the negative pressure allows air to flow in. This makes the AirScrape the first conveyor skirting that works without contact to the belt.

The AirScrape consists mainly of polyurethane, an antistatic and flame-retardant material. Due to its special resistance, the AirScrape is theoretically maintenance-free. It can be used permanently without maintenance. Exceptional mechanical influences caused by the conveyed material can of course also affect the AirScrape. But in principle the investment is secured by the design. As far as costs of the AirScrape are concerned, these are higher than for conventional conveyor skirting. However, considering Total Costs of Ownership, the system pays for itself very quickly. Because the protection against soiling of the conveyor systems and wear of the belts will save considerable costs and also resources such as cleaning personnel. The AirScrape also effortlessly meets the requirements of health and safety guidelines at work by greatly reducing dust generation and contamination.

The AirScrape can be extended with the DustScrape in production areas with particularly strong dust generation. Support arches can easily be mounted to an existing AirScrape installation. A close-meshed, antistatic and resistant plastic fabric is then applied to it, retaining the dust in the belt area. This reduces the risk of deflagration and damage to the respiratory tract extremely. In future, DustScrape will also be available with an alternative stainless-steel mesh, which offers a further safety advantage due to its non-flammability.

AirScrape is another innovation of the developer Wilfried Dünnwald, who is always on the lookout for new solutions for problems in stripping technology and conveyor systems. His expertise was shaped by mining studies and 25 years of professional experience underground as a machine business unit manager. In addition, he has a special passion for the stone and earth industry. His company ScrapeTec develops the innovations and holds the patent rights. The distribution of the AirScrape and the DustScrape, as well the TailScrape lies with ScrapeTec Trading Ltd. and is thus in the hands of the developer, as managing partner of the company. Further products are being planned.

Scrapetec-Trading GmbH
Based on more than 3 decades of know-how in the area of materials handling technology, we have been analyzing critical points in conveyor systems and developing new cost-efficient solutions for improvement and optimization. With this innovation strategy we have been creating unique products like the AirScrape, DustScrape and SpeedScrape. Our new developments are economic and easy to assemble but allow a significant prevention of dust formation, spill and a more careful and efficient belt cleaning at critical sections along the conveyor route and transfer points.
Last update: 10.06.2020 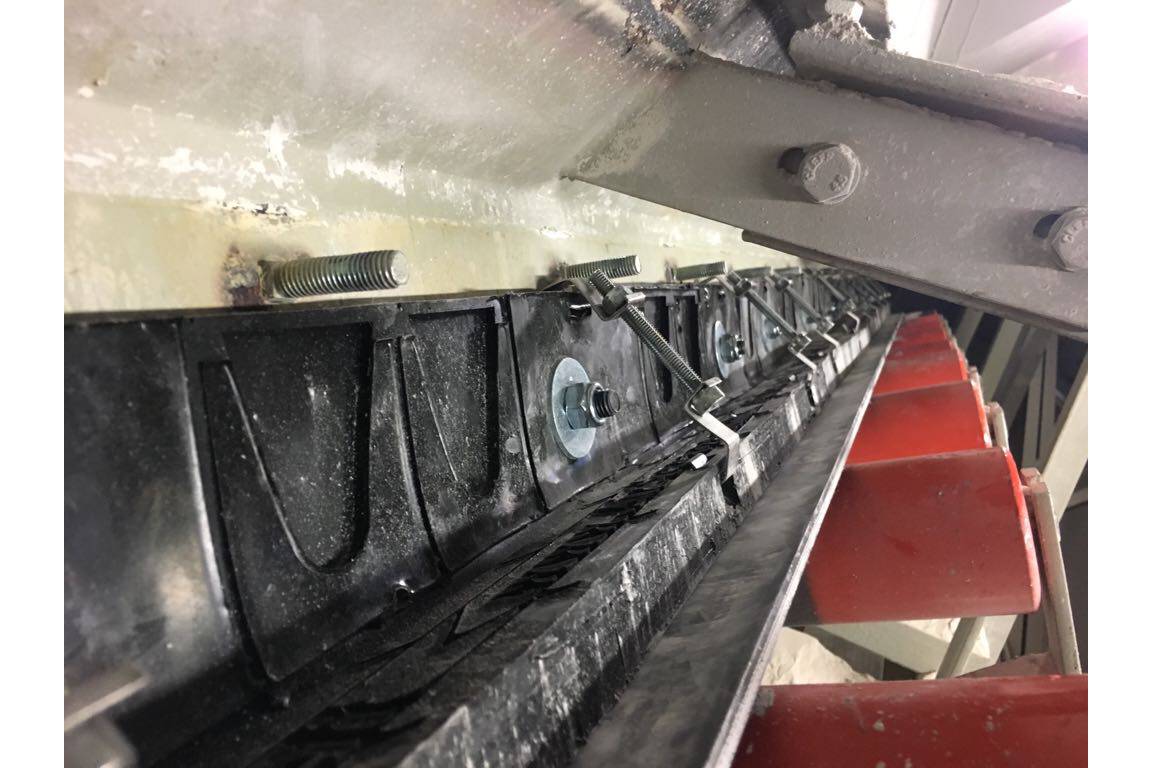 The AirScrape® conveyorskirting on a mission to assure quality in Europe
Sustainable solutions The brands of a well-known, international manufacturer stand for sophisticated surfaces made of stone material in kitchens, bathrooms or on terraces. Searching for a sustainable solution to minimize emission at transferpoints of conveyor systems, the high-quality requirements led the company to the AirScrape® skirting from Germany. The people responsible in the company had already heard and read about this special Conveyorskirting from Germany. Especially in a silicate conveying plant in southern Spain, a transfer was to be equipped with it on a test basis. Here the dust development and the strain on the employees were particularly high. Via the partner Masanes that provides the equipment with conveyor technology, contact was established with the manufacturer Scrapetec and the AirScrape® was installed at the selected transfer. The measurements of the dust development during the first test run showed a minimization of over 80 per cent. The customer was enthusiastic,
29.08.2020  |  546x  |  Product news  |   | 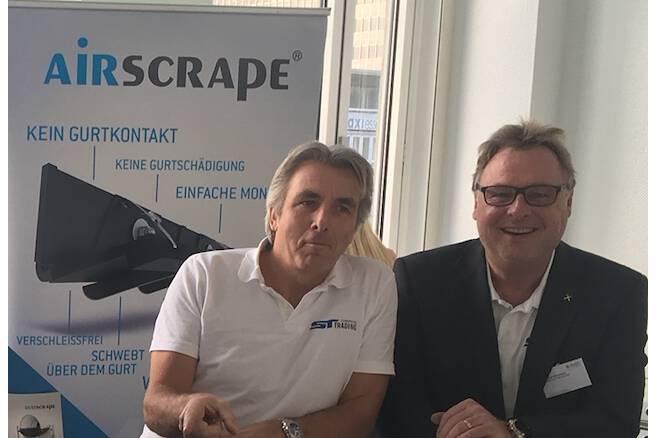 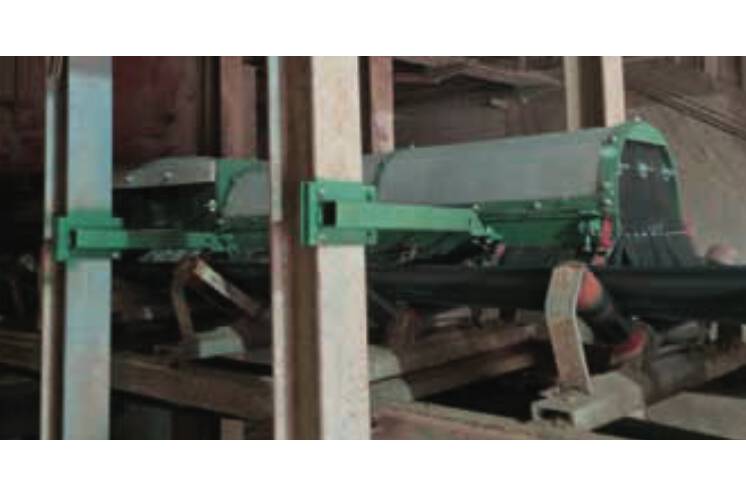 AirScrape controls dust and material a a Dolomit Plant
At mineral processing 01-02/2017 Conventional skirting is pressed against a conveyor belt so that dust and material stays in the middle of the belt when it reaches a belt transfer point. But after a certain time, wear at the skirting and belt can be so severe that material and dust can escape.The result is unnecessary spillage of material and forma- tion of dust.This used to be the case at Rump & Salzmann Gip- swerk Uehrde GmbH & Co. KG, which operates a dolomite quarry in Uehrde. Here, at the transfer from the rotary crusher to the belt conveyor, there were always big problems with dust and material losses. Several tonnes of material spillage had to be removed at this transfer point every three months. Repeated maintenance was required at the transfer point and the belt skirting. Finally, operations manager at Rump & Salzmann, Uwe Schridde, contacted ScrapeTec. Following an assessment of the situation on site, AirScrape was installed (Fig.). AirScrape works according to a completely new principle,
15.07.2020  |  586x  |  Press release  | 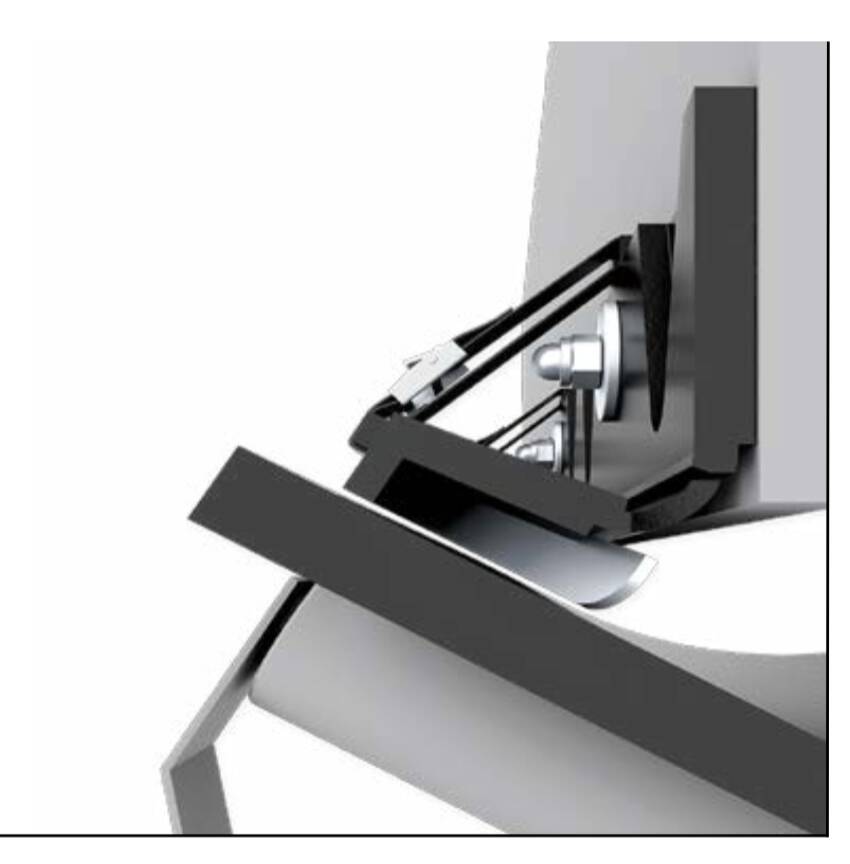