Process technologies have advanced enormously the past decades. But flow problems have persisted. This article will discuss some of the more common causes. by R.J. Farnish 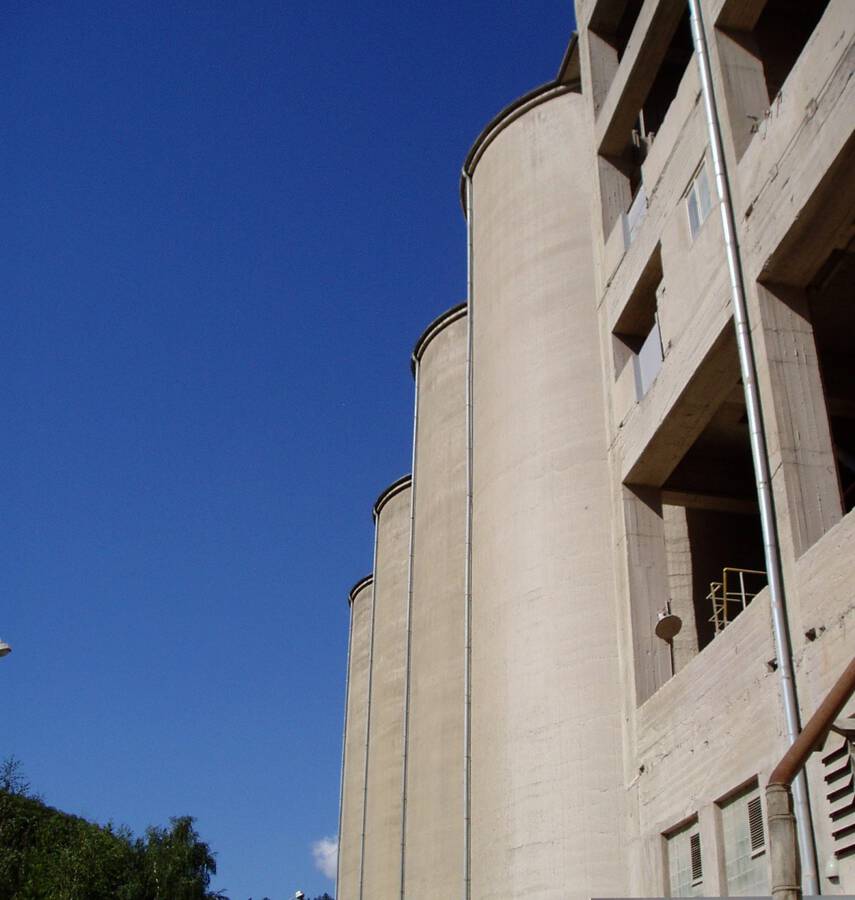 Large cement silos
The movement and storage of bulk materials within processes has been a fundamental activity for many plants since the event of the industrial revolution in the 18th century. Process technologies have advanced enormously in their sophistication and efficiency over the intervening period to the current day. If it were possible to bring an engineer from the early days of industrialisation to see what is available today they almost certainly would not believe their eyes at the sheer diversity of plant equipment tailored for specific process requirements and end products. Sadly, what they probably would be able to relate to are the silos, bunkers and hoppers that function poorly and are often on the receiving end of the not so tender attentions of plant operators.

This article will discuss some of the more common causes of processing/flow problems that have persisted over the decades.

The discharge problems that are experienced when handling bulk materials that may exhibit less favourable flow characteristics can range from irregular discharge through to complete flow interruptions (which may be either intermittent or stable until intervention takes place).

Flow stoppages
Discharge interruptions are frequently found in hoppers and silos, and can take the following forms:

These flow problems are frequently found in hoppers and silos that have been designed without the reference to measured flow properties or equipment types inherited from older plant and pressed into service. In both instances the need to design equipment suitable for the flow characteristics of the powder to be handled will not have been addressed, and recourse to the installation of vibrators or air injection will be the usual approach adopted to initiate or maintain flow. It should be recognised that unless flow measurements are taken and the information incorporated into a design for a bunker or silo, that the default flow pattern that will develop will invariably be core flow (Fig 1), in which case the bunker/silo will operate on a first in, last out mode of material discharge. This flow behaviour will be typified by erratic flow rates which are also sensitive to the head of material in the storage scheme.

The two main discharge behaviours that can develop in silos and hoppers are as shown in the figures 1 & 2 below, which illustrate these flow patterns in the context of conical silos, but the principles are equally applicable to rectangular or pyramidal forms of storage vessels. 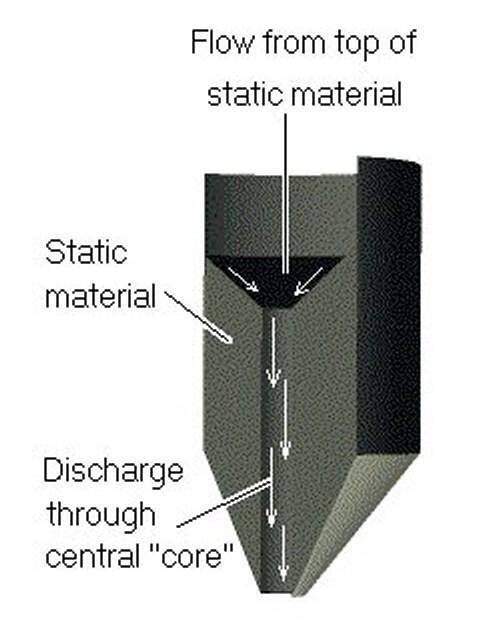 Fig.1 Core flow
Fig 1, illustrates a discharge behaviour generally referred to as core flow (but also sometimes referenced as funnel flow), where the bulk particulates discharge preferentially down a vertical channel above the outlet. The bulk particulates slough into the flow channel from the top free surface and the product around the walls remains static until the level descends to the point where the peripheral deposits can also slough off into the active flow channel. If this discharge behaviour is present, then it can impact on the process in several ways:

By default, this discharge behaviour is most likely to be found in most hoppers. 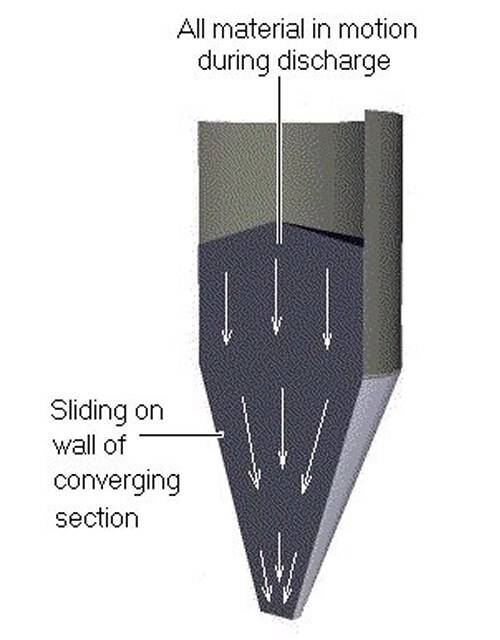 Fig.2 Mass flow
Fig 2 illustrates a discharge behaviour called mass flow. By contrast this type of discharge is arrived at by designing the vessel/equipment to suit the measured flow characteristics of the worst case bulk material to be handled. If this discharge behaviour is present, then the following benefits can be derived:

The above brief descriptions summarise the principle differences in discharge behaviour between the two types of vessel geometries. As already mentioned, it should be borne in mind that although the illustrations show conical type vessels, these discharge characteristics can be found in all other shapes and sizes of equipment.

In summary, it is hoped that this brief description of a few common problems and their causes will enable the reader to at the very least be able to diagnose some likely causes of product variability on plant. The main message that should be borne in mind is that there has been over four decades of scientific endeavour in understanding and predicting powder and granular solids behaviour in process plants which can be drawn on to deliver reliable equipment designs.